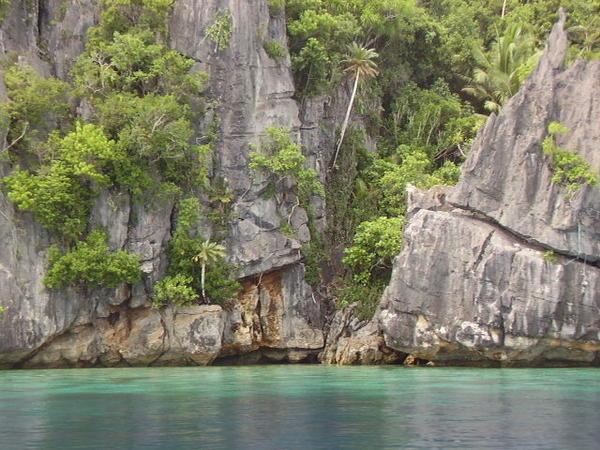 What’s your next travel destination? Why not explore the mystical islands of Dinagat? Dinagat Islands are a group of islands which was formerly part of Surigao del Norte. The island cluster is now a Philippine province and part of the Caraga Administrative Region. The Dinagat Islands is the second newest province in the Philippines. The … Read more

What’s your next travel destination? Why not explore the mystical islands of Dinagat?

Dinagat Islands are a group of islands which was formerly part of Surigao del Norte. The island cluster is now a Philippine province and part of the Caraga Administrative Region.

The islands of Dinagat which is about 60 kilometers long from north to south. They are separated from Surigao City by a narrow channel. You can reach Dinagat Islands via a 45-minute pump boat ride from Surigao City.

The highest point of the province is Mount Redondo; it is about 940 meters above sea level.

The islands consist of seven municipalities and are famous for their resorts, caves and beaches. Some places worth visiting are the following:

San Jose is the capital town of Dinagat. The quiet and charming place is situated at the hillside facing Surigao Strait.

The place is home to the PBMA Shrine. PBMA stands for the Philippine Benevolent Missionaries Association headed by the controversial Divine Master Ruben Ecleo Sr.

A famous landmark in San Jose is the White Castle or Islander’s castle. It is the official residence of the Ecleo Family which is the most prominent family in Dinagat.

Basilisa is another town worth visiting. An intriguing island of the town is Lalaking Bukid which is endowed with mesmerizing beaches.

The two most popular beaches are the Bitaog and Kabakongan. The waters of Bitaog perfectly describes what turquoise is all about. Bitaog beach boasts of fine white sand below the shade of many coconut trees.

Limestone formations are provided on both sides of the beach which makes the island a natural masterpiece.

The paradise is also part of the town of Basilisa and serves as a portal to a mystical lake shielded by the lush forest. Layers of saltwater and freshwater do not mix even when filled in the same basin.

Lake Bababu also includes an underwater channel leading to the sea. The very still lake allows the freshwater layer to maintain a low salinity even with the continuous entry of seawater.

The town of Libjo has a myriad of deserted islands featuring amazing beaches clustered in coves of varying sizes. The limestone islands are surrounded by emerald to turquoise water.

The landscape of the islands is comparable to that of El Nido and Coron in Palawan.

A famous Philippine festival celebrated in the islands is the Dinagatan Festival. The occasion brings together all of the seven municipalities of the province in one yearly celebration.

This festival, also known as Bugkusan sa Isla, rekindles the rich history, arts and culture of the islands. The annual feast also celebrates tourism, trade, commerce and indusry and showcases the beauty and talent of the inhabitants.

Dinagat Islands are often considered mystical by many who have seen their beauty.Find out more what mysteries are hidden in these islands.

Or share your own travel to these mystic Philippine destination!